The “Open Atlantic” tank is the heart of OZEANEUM’s aquaria. It has a capacity of 2.6 million litres and is the largest aquarium at OZEANEUM. The cylinder-shaped pool is 9 metres deep and has a diameter of 17 metres. You can watch its dwellers from two levels through a huge panoramic window which is 30 centimetres thick in order to withstand the enormous water pressure.

New in 2018 and a real eyecatcher is a nearly 11 meters long ship wreck which is the habitat of various fish species such as corkwings, gilthead seabreams and sea basses. The wreck itself is the reduced replica of a cargo ship sunken in the year 1909.

The “Open Atlantic” tank is home to sand tiger shark lady Niki. In 2012, she was transferred from Berlin Zoo since her local aquarium had become too small. From then on she has been splashing about OZEANEUM’s “Open Atlantic” pool along with majestic eagle rays. Watch the synchronous swimming behaviour of schools of mackerels with hundreds of individuals.

From the lower “bottom of the sea” level you can catch a good view on stingrays, groupers and black seabreams. The pool’s bottom is the favourite resting spot of “Anna” and “Anton” our two big nurse sharks. 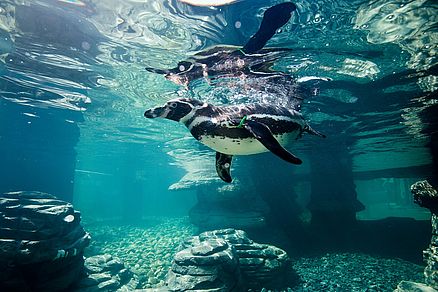 Don’t miss our lively waddlers on the roof terrace. 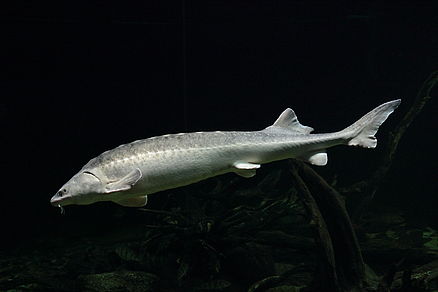 Experience the local flora and fauna at first hand when visiting our Baltic Sea aquarium. 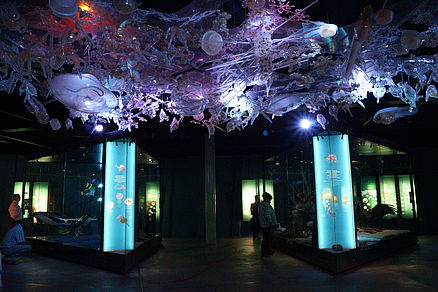 Lifelike exhibits and amazing insights into the maritime world make your visit an underwater adventure.