1:1 Giants of the Sea exhibition

The first and most impressive exhibit of this display is a basking shark hanging from the ceiling of the North Sea Aquarium tour. Its wide open jaws seem threatening without a reason. Basking sharks are completely harmless to humans as long as they keep enough distance from the animal. The open mouth is supposed to illustrate how the sharks filter microorganisms from the water.

In front of the exhibition hall and near the whales – the world’s largest marine mammals – you can admire the biggest fishes of the ocean like manta rays, ocean sunfish and oarfish.

Oarfish are considered to be the earth’s longest bony fish. They live in moderate and tropical climates at a depth of up to 1,000 metres and can only rarely be observed in their natural surroundings. Colour and pattern of the species may vary from individual to individual which is why a photo of an oarfish that was found dead served as a reference for the colouration of OZEANEUM’s exhibit.

The last stop of your tour of the museum is an exhibition that is unique around the world. The 1:1 Giants of the Sea hall is 20 metres high. It is bathed in a gentle and soft blue glow. Immerse in an underwater world and experience the fascinating realm of whales and other giants of the sea. Find yourself eye to eye with a blue whale and discover new breathtaking perspectives with every of the four levels. Once down at the “bottom of the sea” you can lie on a lounger and watch a multimedia show that impressively brings across the characteristics but also the endangerment of whales. Greenpeace and OZEANEUM cooperate in advocating the protection of the giants of the sea.

As a part of our “Kraken and Company” theme of the year we are also displaying three lifelike models of Humboldt squids at the exhibition hall and a showcase giving further fascinating information about cephalopods. 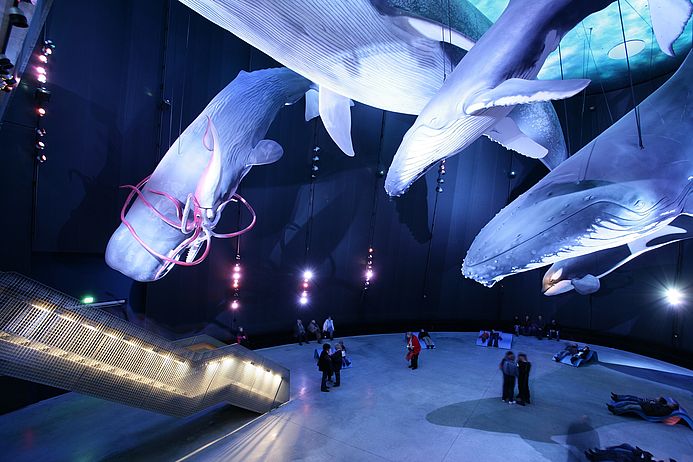 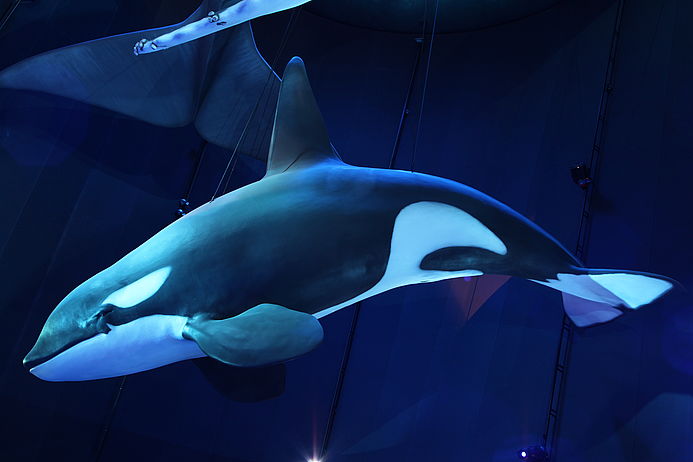 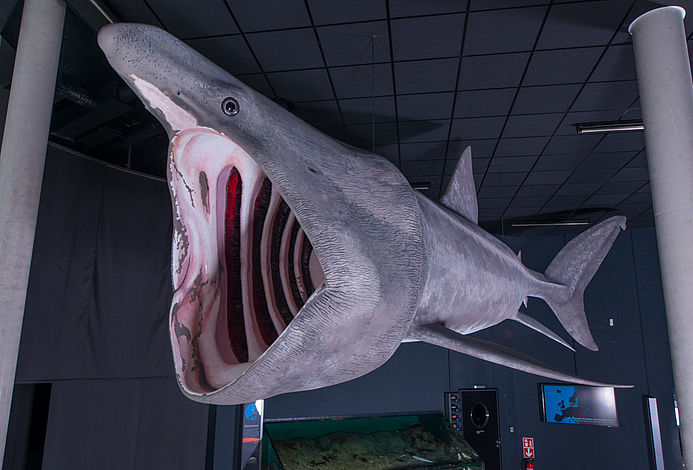 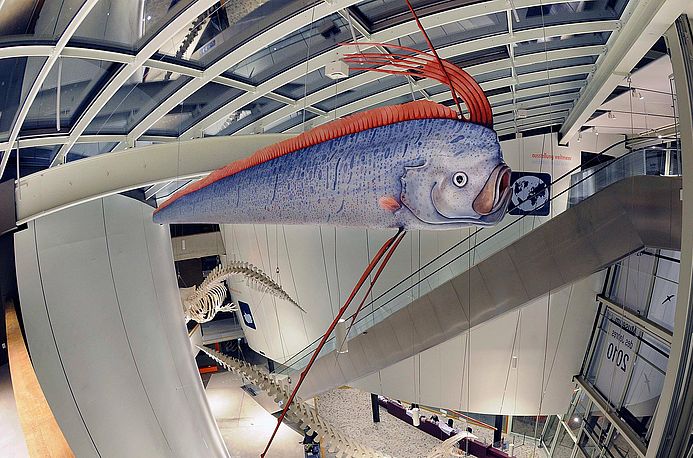 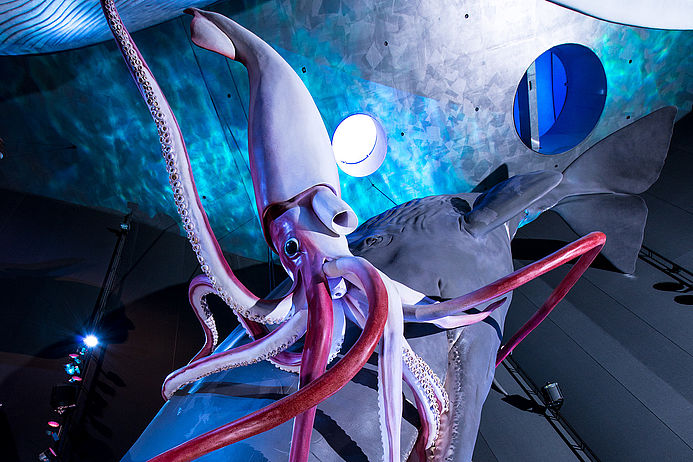 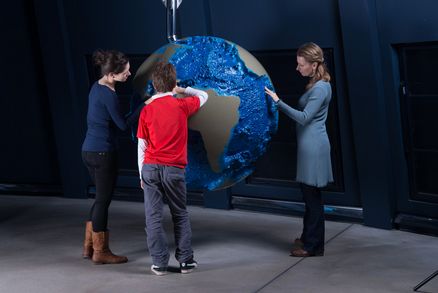 Learn more about human interference with the ocean and go on board for an adventurous diving trip. 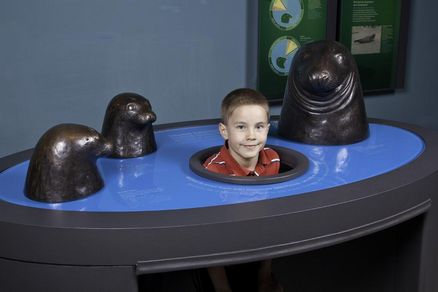 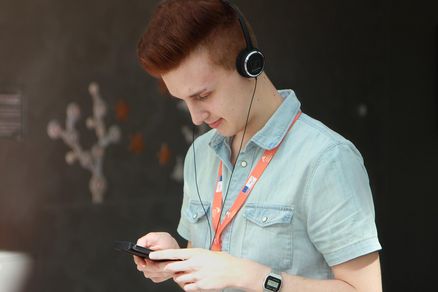 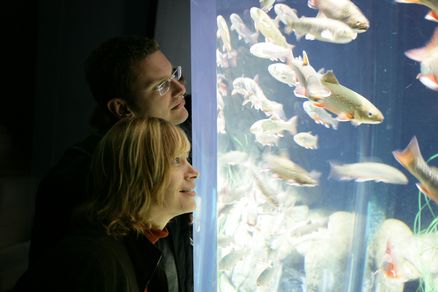