Step on the slightly inclined floor of the exhibition room and find yourself on deck of a research vessel at sea. Showcases form the railing behind which research equipment detects the treasures of the ocean and scientists discover unknown species.

As the diorama at the beginning of the exhibition shows, scientists use high-technology equipment to research and record the state and state changes of the oceans. Devices like satellites, diving robots, measuring and monitoring stations or even simple collecting containers give an impression of how difficult marine research can be.

The exhibition’s next section is devoted to marine biology. Researching the oceans’ biodiversity is a major international project that continuously provides new findings since only fractions of marine life are known to mankind so far. Especially the variety of life at small-scale and microscale level can yet hardly be overviewed.

In the middle of the showroom is a cinema that takes you on a ten-minute virtual diving trip from the Baltic Sea coast to the Mid-Atlantic Ridge at a depth of 4,000 metres before slowly ascending to the surface again. During your trip you will learn more about the oceans’ habitats and meet porpoises, mackerels, and cutlassfish. Discover hot springs on the seabed and watch original footage of German research institutes showing bizarre deep sea animals, ocean sunfish and basking sharks. 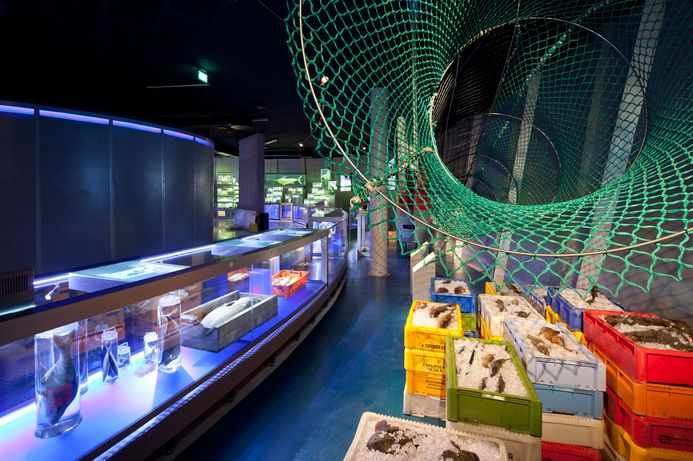 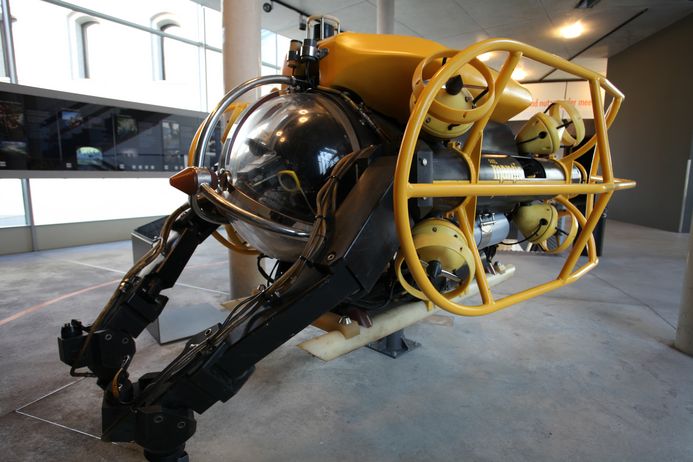 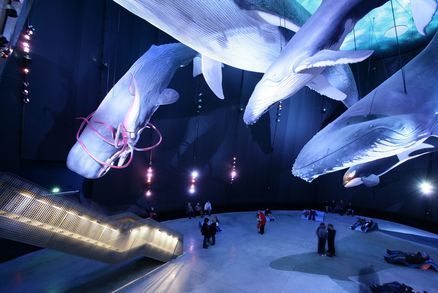 Contemplate under floating whales and get caught by an atmospheric multimedia show. 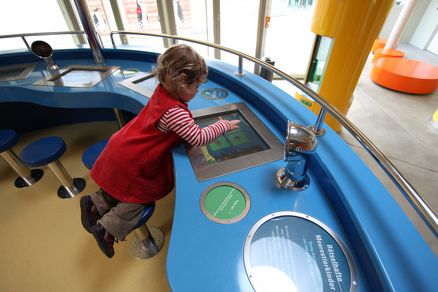 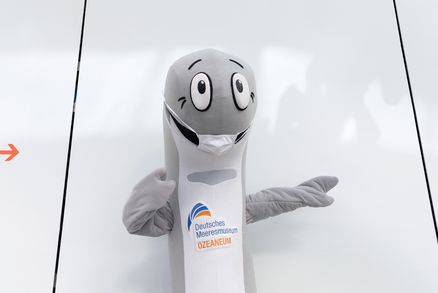 Your visit to the OZEANEUM - with online ticket 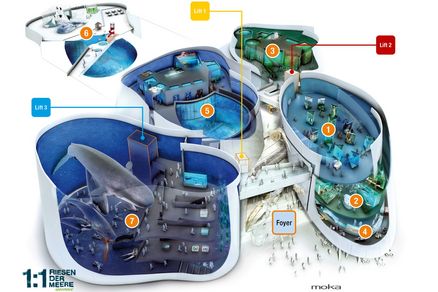 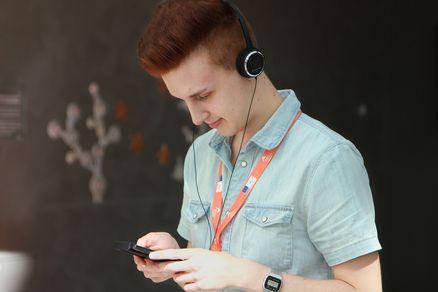